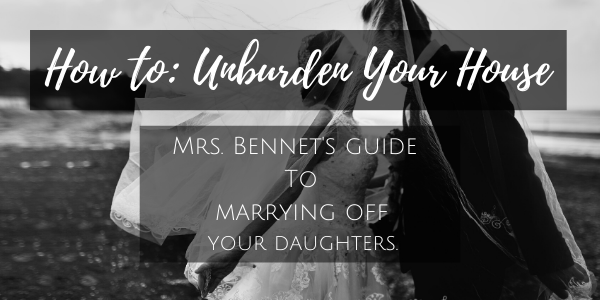 ”She was a woman of mean understanding, little information, and uncertain temper. When she was discontented she fancied herself nervous. The business of her life was to get her daughters married; its solace was visiting and news.”

This is the very first account that we get of Mrs. Bennet’s character. She is a typical mother of little or no knowledge of important affairs with only her beauty to recommend her. Not that that’s a little achievement!

Mr. Bennet himself was swept off his feet by her ”fair share of beauty”, enough for him to make her an offer of marriage.

So, now you see Mrs. Bennet is very adept in the arts of matchmaking, of inducing feelings of love in the hearts of another – both for herself and for her daughters. So skilled is she that she is able to marry off 3 out of 5 of her daughters in less than a year! AND ONE OF THEM AT FIFTEEN TOO!

So, you see there is NO ONE BETTER to give you pointers on how to find eligible partners for your daughters than our very own excitable Mrs. Bennet.

So, ladies, take notes because it’s about to get pretty educational here!

When your husband refuses to visit a single man of a large fortune, who is CLEARLY in want of a wife by the way, for the sake of your daughters, WHAT DO YOU DO?

🌸You quietly accept defeat.
🌸You start to devise other ways to get acquainted with the man.
🌸You try to convince your husband in a polite, orderly fashion.

Did you choose any of the above-stated options?

If yes then your daughters will forever remain alone. Mrs. Bennet actually has another tactic that works like a charm EVERY. SINGLE. TIME.

You see, you have got to behave erratically – shouting all day, blaming your poor nerves, taunting your husband indirectly – SOO MUCH THAT HE HAS NO OTHER OPTION BUT TO YIELD TO YOUR WISHES. Got it? Now practice timeee!!! 😉

BOAST YOUR HEART OUT!

When you have a most beautiful daughter – so pretty that men fall head over heels in love with her wherever she goes – why the FUCK would you keep her hidden?

You have been given a wonderful opportunity to make everyone feel ashamed of themselves. WHY NOT TAKE IT?

WHY TALK SENSIBLY WHEN YOU CAN BEHAVE IRRATIONALLY INSTEAD?

So when your daughter’s future love interest praises one of her friends, you do not let the opportunity pass by. Make it plain as the nose on Mr. Bingley’s face that THERE IS NO ONE BETTER OR MORE HANDSOME IN THE WHOLE OF ENGLAND THAN YOUR DEAR, SWEET Jane, ALRIGHTTT????!!!

Apart from loving your children partially, manipulating them, and spoiling them, a good mother must also possess the art of witchcraft – like the ability to control the weather.

And Mrs. Bennet, being the perfect mother that she is, is 13764850985% skilled in this department. And a good thing too because when her dear Jane received an invitation from Miss Bingley to dine at Netherfield, her brain started churning out terabytes per second, thinking of ways to make Jane’s visit to her future husband’s house as long as possible.

AND THIS IS WHERE HER WITCHY SKILLS CAME IN HANDY!

She sent her daughter on a horseback instead of a carriage because SHE WAS SUREE that it would rain later and then Jane would HAVE to stay there. AND SHE WAS RIGHT!

But HOW WAS SHE SO SURE ABOUT HER PLAN?
*whispers* Because she is secretly a very powerful witch!

You are a (proud?) mother of five daughters. All day, every day only a single thought plagues your mind –

And since you cannot POSSIBLY be as attentive to ALL of their prospects, sometimes you just gotta let them choose for themselves. Raise your daughters, PREFERABLY THE YOUNGEST ONE, as headstrong and foolish enough so that ALL THEY CAN THINK ABOUT IS MEN.

With this kind of golden thinking, you can be sure of a *fairly* well-settled, married daughter at the ridiculously young age of fifteen with little effort from your side.

DON’T GIVE THE SECOND ONE ANY THOUGHT!

Mrs. Bennet is a very intuitive woman.
AND VERY PROUD ONE.

When she saw that her second (and least favorite) daughter, Elizabeth, didn’t want her expert advice on ANYTHING let alone on marital affairs, she had the good sense to withdraw her services and leave Lizzie to her own devices.

She is too proud to beg for her to consider her opinions. And rightly so because when Lizzie saw that she wasn’t going to get any help from her family, she was forced to be independent in her affairs and THAT LED TO HER BAGGING THE RICHEST MAN IN THE WHOLE OF DERBYSHIRE!!!

Isn’t she THE CLEVEREST WOMAN TO EVER WALK THE FICTIONAL EARTH??!!!!!

Sooo…do you agree with Mrs. Bennet’s advice, then? I think she is pretty good at this matchmaking stuff (not better than Emma though *wink-wink*) RIGHTTT?!!!

And WHAT DID YOU THINK OF ALLL THE GIFS?!?!!
I MADE THEM!
I MADE EVERY SINGLE ONE OF THEMM!!! AREN’T THEY SOOO VERRYYY VERYY PRETTYY!!??? *heart eyes* *dies*

GO FORTH AND STALK YOUR HEART AWAY!

A BLOGGER'S LIFE ALL DOLLED UP AWARD A Reader's Life AROUND THE BLOGOSPHERE Around the internet in some of the BEST posts awards A Writer's Life Book(ish) Obsessions Books BOOKS I BOUGHT BOOKS I GOT (ARCs) Challenges COLOR OF THE MONTH Discussions Hiatus LETTERS Monthly Re-reads Monthly Wrap-Ups Moondust /my thoughts/ My favorites MY LOONEY TUNES My WIP OFF WITH THEIR HEADS Random Reviews Tags and Memes THE WITHERING WELL Uncategorized Untangling my thoughts What do I have to say about it?

just something for YOU to think about ❤ ❤ DON’T EVER COMPARE YOURSELF TO OTHERS. YOU. ARE. ENOUGH. :) Love You.❤ 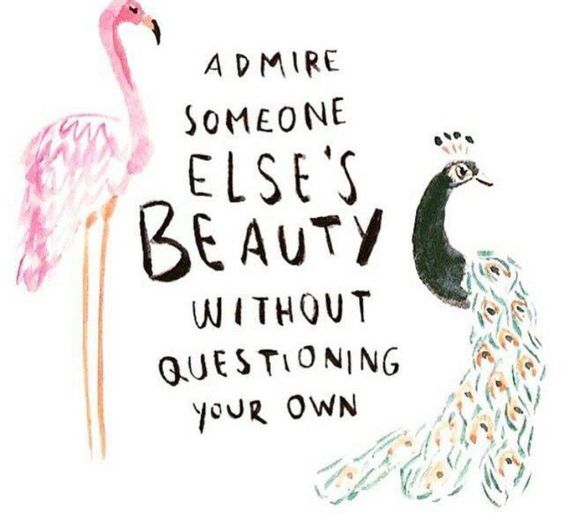 just something I am thinking about

“Heathcliff. The “hero” of Wuthering Heights. Although no one knows why.
He’s mean, moody, and possibly a bit on the pongy side. Cathy loves him, though. She shows this by viciously rejecting him and marrying someone else for a laugh. Still, that is true love on the moors for you.”
― Louise Rennison, A Midsummer Tights Dream